Long time i didn't write something here. So let's correct this.

The rebuilding of the motor goes on, so far following parts are (re)installed:
And the gearbox is also reconnected to the motor.
That leave the exhaust/turbo side still to do before we could put the whole lot in the car. 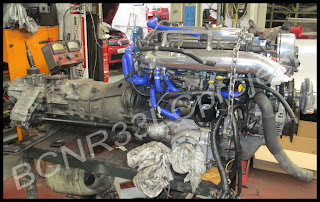 After some thinking, i decided to order a Trust Greddy(tm) Grex oil relocation system as i've seen that even with motor out of the car, the oil filter is not very accessible.

Normally, i will receive it next week so we can place it before placing the motor back in the car. 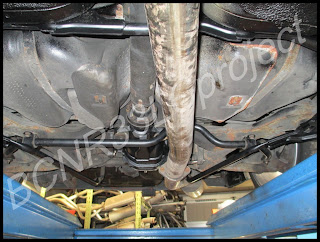 If all goes well, first start will be during second week of december. Fingers crossed.
Publié par Skodajocky à 07:16